Took a random adventure to Rainier, Washington via Yelm, Washington.
We've been to Yelm before, having stopped at their skatepark before a volleyball game.
Turns out we've pretty much seen Yelm...
Had some beverages at The Shiplap Shop & Coffeehouse, where there were lots of "Don't take pictures" signs because of previous mask issues...
(I took this one outside, before we walked in.) 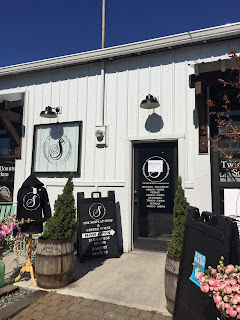 This is about as far as we walked on the Yelm Prairie Line Trail. When your kid is miserable because of the pollen count, it puts a damper on things. He couldn't breathe properly, but he could snort, sniff and make enormous amounts of phlegm. 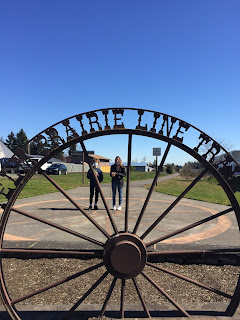 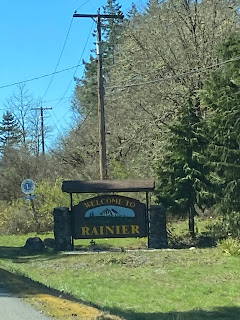 Again, we didn't walk, (the kid with allergies could barely put one foot in front of the other), but it seems like a nice, flat trail. 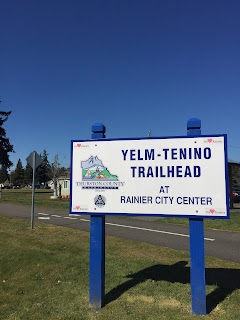 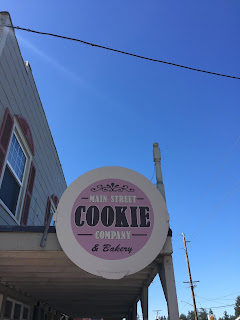 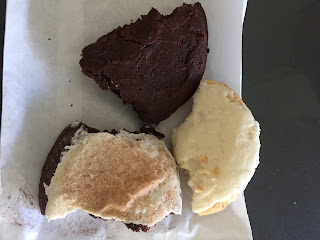 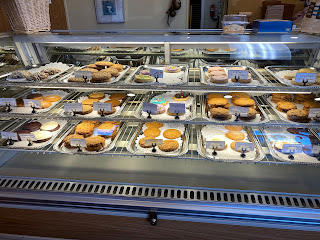 They were SO very good and melt-in-your-mouth!! They are quite delectable, actually.
And yes, these were the cookies I wrote about here, and mentioned that one day I would visit in person. ✓
It is a small store, with lots of flavor options and cookies come in iced or regular.
I would make the trip again, if someone else needed to go....
I asked the cookie lady what else we should see and do in Rainier...she said there's wasn't much, but she mentioned this rock wall.....I guess she was right.... 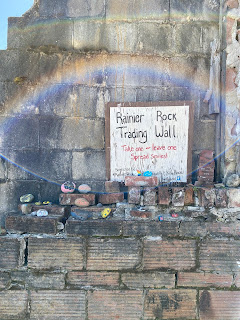 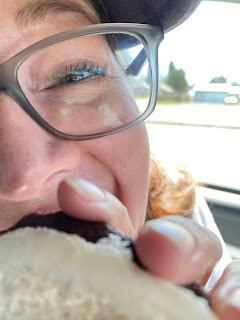 We also saw signs for Lake Lawrence...so we followed them...but everywhere we followed them other signs said "No Lake Access" which was a bummer. We didn't have cell service so we couldn't research public access, because we knew there had to be access somewhere, but after so many signs that say 'No' and then turning around in people's driveways, there comes a point when your kids just want to go home...
Yes, I acknowledge the privilege I have being able to make wrong turns in private driveways and not get yelled at or threatened.  (Or maybe it's just the power of a dirty Subaru)
I was hoping for a bit of nature (besides the majestic view of Mount Rainier...I admit, I'm spoiled) or a brown sign adventure, but alas it wasn't to be, but can I just tell you again....those cookies were delicious!!
How many wrong turns is too many?
In life?
On a trip?
Email ThisBlogThis!Share to TwitterShare to FacebookShare to Pinterest
Newer Post Older Post Home