The Beat on Ruby's Street

A friend sent me a link to do a book review. I requested the book from the author and a few days later there it was in my mailbox and so with out further ado....
The "official" review to The Beat on Ruby's Street:

Because of a false accusation Ruby and her family find themselves harassed by "the system" and for "Beats" that is one of the worst things that could ever happen.
Or is it?
Ruby has an artists soul, being raised by her beatnik parents and the streets. The city is her muse and she hopes to walk in the footsteps of or at least meet Jack Kerouac.(That would have been amazing!)
As her adventures unfold Ruby is relegated to a girls home and goes on a hunger strike. All the while poetry is Ruby's saving grace,
"Poetry isn't really good for anything except making you feel better." (I agree Ruby, it makes me feel better too.)
And better Ruby feels as she becomes reunited with her family, even if it's not in the same way it was when she was taken from it. 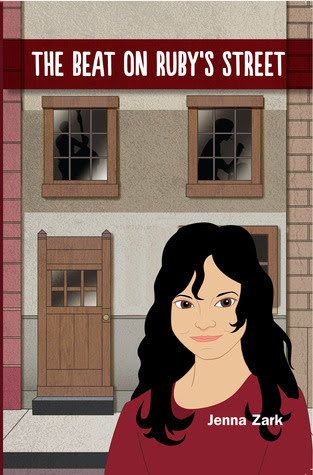 Jenna Zark captures the essence of the period through Ruby's poems, Ruby herself and the great cast of interesting characters in Ruby's life, none of whom know what it really means to raise a child. The Beat On Ruby's Street is a fun read thru a part of history many gloss over.
I rooted for Ruby the whole way through and I know you will too.

This book was written for ages 10 and up.
While there isn't anything too grown up about it, it seems an older reader may appreciate it more, especially those who fancy themselves Beats - those looking for beauty in a harsh world.