My fourteen year old son became a black belt in Japanese jiujitsu today.
And yes, I am claiming that as my new thing, as we watched for an hour as he tested and showed his mental and physical mettle.
When he began jiujitsu a few years ago, he declared he wanted to be a black belt before he started high school. He accomplished his goal!!
During testing he had to say and show his ability in all of the belt categories by being 'attacked' by his classmates and he really was attacked, sometimes it was three on one and he had to work himself free, other times they all had jo's, a Japanese short staff, and he had to disarm them. It was intense. I'm super proud of him. Seriously proud. 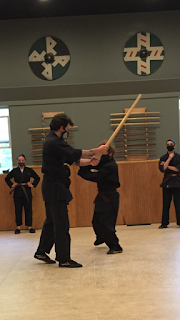 All of these people 'beat up' on my son and I am thankful for them, as they have encouraged, pushed (sometimes literally) and made my son stronger and smarter. 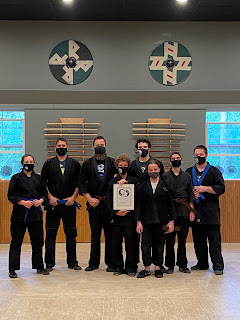